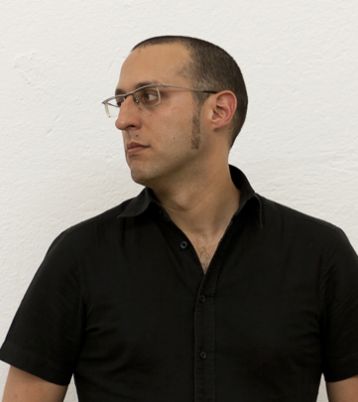 Musician, entrepreneur, creative consultant, specialized journalist in electronic and experimental music and instructor of the music styles analysis subject in the Diploma.

As a producer, he has composed music for dance, theatre and interactive systems. He has worked, among others, with Roger Bernat, Àlex Rigola, Lanònima Imperial, Àngels Margarit and Gulbenkian Ballet.

In the autonomous music field, he currently publishes experimental electronic under his own name, minimalist techno under the name of A Blinding White Light and he is a member of ‘Eix’ trio.

As a consultant, he has been programming assessor of festivals like OFFF, Sonar and Experimentaclub, among others.

As a critic and columnist he has collaborated in renowned written media such as Rockdelux and Ruta 66 magazines or La Vanguardia newspaper. He has also collaborated in radio programmes in RNE and Radio 4, as well as programs in Canal 33.

Oriol has participated in books about electronic music such as Loops and El sonido de la Velocidad (The sound of speed).

Oriol Rosell is currently at the forefront of PatchWorks enterprise, of which he is co-founder. It consists of a technology-based enterprise focused in R&D of interactive devices. It is responsible for the development of Conductr, an Ableton Live controller for iPad.

Within the educational environment, Oriol has given conferences, Master Classes and Workshops all around Europe, Latin America and even Oceania. In EUMES he instructs the analysis of music styles and sound drama subjects.