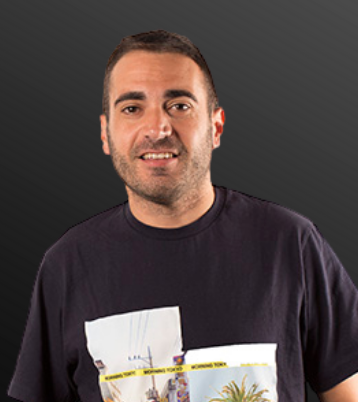 Narcís Castellà is the instructor of the digital DJ course and subject, as well as management subject, of the Diploma in Advanced Music and Sound.

He started his career as a DJ more than eleven years ago; first under the name of DJ Sisu and currently as Luka Caro. His artistic career path has been recognised with awards such as best national production and different nominations as best national artist or revelation artist.

During the past few years and under the name of Luka Caro he has published songs such as “Running Away”, “Believe in me” and “Go”, which have made it to the 1st position in the most important Dance hits lists of the country, such as Maxima FM or Flaix FM.

He currently is the manager of the event promotion company Midnight, important brand at a national and international nevel, as well as the manager of his artists, such as Madness Gangsters and Makenrow.