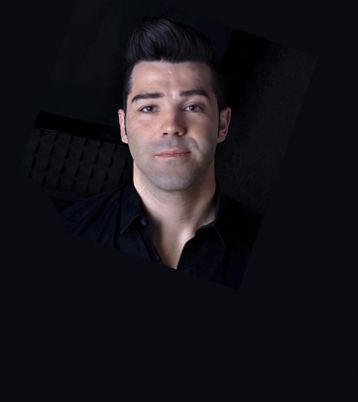 Ivan Torrent has edited several different styles of music for a host of industry leaders, nationally and internationally, including: Universal Music, Sony-BMG, Warner, Silk Music, and Blanco y Negro, as well as several others, working alongside his associate and collaborator at Teeandgee Music, Jordi Garrido. Ivan has also been an integral part of the group House Balear, Aerosoul together with Joan Fernandez. In addition, he has been an active collaborater on albums by artists including Masal Ventura, Marc C. Grispo and Epic Soul Factory.

He was the co-author and co-producer for the album “Tarantula” by the Spanish artist Monica Naranjo, which, after a short time reached the top of the Spanish charts. Ivan has collaborated with other dance artists, like, Antoine Claraman, Wally Lopez and Beduk, in the making of the album “Dreamer” by Soraya.

He has worked with the Bratislava symphony orchestra, directed by David Gernando, the prestigious London music company, “Issobel Griffiths”, collaborating with engineer, Geoff Foster (Pirates of the Caribbean, 007, Harry Potter, etc.) and recently with the symphony orchestra, GIOrquesta, directed and conducted by Marcel Sabaté and Jaume Sabaté respectively.

He has been the composer for films, “El Viaje“, “Listen” and more recently the thriller, “Grieta en la Osuridad” directed by Xavi Rull and written by Maria Costa. He was also notably, a beta tester on “sample” libraries and a demo composer for Project Sam, 8DIO, Sonokinetic, Samplin Arts, Strezov Sampling, Audiowiesel and The Unfinished, among others.

Ivan is currently working in the film trailer industry, with some of the industries most prestigious companies like Really Slow Motion, Sonic Symphony and Audiomachine, among others, concentrating in the composition of music for advertising campaigns including “Star Trek”, “Edge of Tomorrow”, “Captain America”, “Sin City”, “Maze Runner”, “Shadow of Mordor”, “Everest”, “Interstellar” and most recently he contributed on the promotional campaign for “Star Wars: The Force Awakens.”