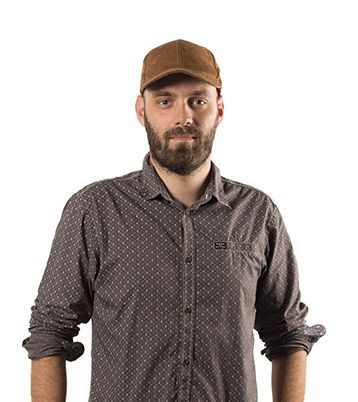 Graduated in Advertising and Public Relations and Masters in Packaging Design and Strategy, he started his professional career in Morillas Brand Design (Barcelona). After working for several design studios in Barcelona he moved back to Girona and worked as a freelancer while he taught courses in the fields of graphic design and communication. Later, he joined one of the largest agencies in Girona where he was soon promoted to Art Director.

More than a year later, he decided to make a change in his life and exclusively focus on music and sound. He graduated as an Audio System Technician from MK3 (Barcelona) and started teaching again, this time sound courses, at EGE (Girona). The following year he relocated to San Francisco (USA) where he studied an advanced sound program, both for music (composition, arrangement, production, mixing, remixing…) and for audiovisual media (film sound, mixing 5.1, sound for video games…). He received an Avis certification as Pro Tools Operator (later upgraded to Expert) for FMOD and Waves. Finally, he graduated at Pyramind.

Eduard combined his studies with a job as an assistant engineer at Fantasy Studios (Joe Satriani, Santana, IGGI Pop, Green Day, Journey, Counting Crows, Creedence, Bill Frisell …), where he participated in recording sessions for great artists. He also worked for Pyramind (Hallo Anniversary, Disney Inside Out, World of Warcraft, Looney Tunes Dash, Bioshock 2, Rocksmith, Iron Man 2…) where he received recognition for his work in Sunset Overdrive, the AAA video game released by Microsoft in 2014, among others. He also collaborated with the Game Audio Institute of San Francisco.

Almost two years later, he returned to Girona in order to move his project of music production (BZ Sound) forward and start the construction work of his own studio (The Búnqer). At the same time he joined the rock band GiR as the lead guitar player. He currently combines his permanent job as an Art Director at Frame Girona (an Advertising and Communications Agency), with working in his studio and teaching Pro Tools for Video Games at EUMES, the Advanced Music and Sound School.