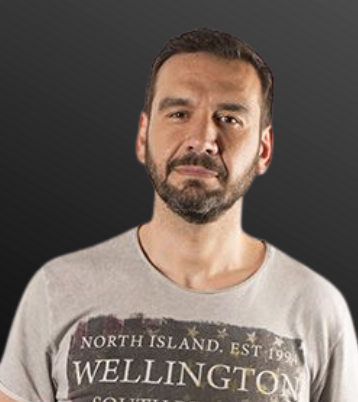 He is a renowned music producer within the Dance scene, at a national and international level. He has, during the last 10 years, published more than 150 references in the market and worked together with national artists of the standing of Julio Navas, David Tort and Les Schmitz, as well as international artists such as Joachim Garraud or Robbie Ribera.

His productions have entered the first positions of the most popular charts and have been downloaded in over 25 countries all over the world.

With his Pop project “The House Rejects”, created together with Oliver Schmitz, Micah The Violinist and the North American artist Joshua Micah, they achieve the 36th position in the Hot Dance Club Chart of the prestigious Billboard Magazine with their single “When The World Ends”. It was selected as theme song for one of the most popular series in the ABC American channel.

WhatsApp Chat is free, download and try it now here!